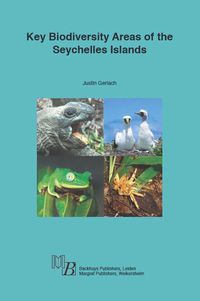 The 115 Seychelles islands cover an area of over a million square kilometres in the western Indian Ocean, lying within the Madagascar region biodiversity hotspot. 6,500 species of animal, plant and fungi have been recorded from the islands, including several famous species such as the Aldabra giant tortoise Dipsochelys dussumieri and the coco-de-mer palm Lodoicea maldivica. Endemism is exceptionally high with 50-88% of different animals groups and 45% of plants being recorded only in Seychelles. A large proportion of the genera are endemic and there is one endemic family of tree, represented by the Critically Endangered jellyfish tree Medusagyne oppositifolia (Medusagynaceae) and an ancient endemic family of frogs (Sooglossidae). Many of the endemic species show remarkable adaptations to their island life, from tadpole carrying frogs to carrion feeding caddisflies.

The great significance of the biodiversity of the Seychelles islands was first recognised by Professor John Stanley Gardiner of Cambridge University. Gardiner organised and led the Percy Sladen Memorial Expedition to the Indian Ocean in 1905. The remarkable number of new species found in 1905 inspired Gardiner to organised a second expedition specifically to the Seychelles islands. These two expeditions remain the largest research effort to concentrate on the region. 100 years later the Indian Ocean Biodiversity Assessment 2000-2005 (IOBA) marked the centenary of the Gardiner expeditions by surveying the biodiversity of the Seychelles islands. This covered all 32 of the granitic islands, a range of the coral islands in the Amirantes, and Aldabra and the southern atolls. More significantly it assessed the diversity of every group of animal, plant, fungus and lichen, rather than relying on indicators. The results of this assessment are presented here as an analysis of the most important sites for biodiversity in the islands.