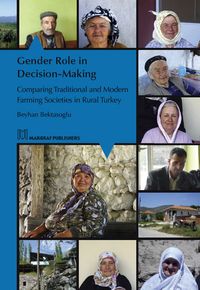 In this study gender involvement in intra-household decision-making is handled in a comparative way for traditional and modern farming families of Turkey. While doing so, socio-economic status of farms including the family members in two edge points of Turkey as well as gender relations in villages are considered. When differences among two societies are sometimes very significant, sometimes very similar situations are witnessed.
First of all, the biggest difference in socio-economic status of women is seen in the educational level. In rural societies of Erzurum where traditions prevailed, the illiteracy rate of women is higher than for the men in the Erzurum region as well as the women in rural Izmir. Furthermore, years of schooling also show divergence between men and women. The average schooling years of women in rural Izmir is higher than for the men whereas it is lower for women in rural Erzurum. The origin of the differences is the lack of opportunities and conservativeness of traditional societies.
In terms of women’s roles, there are differences between genders however not between regions. Both in traditional and modern rural societies, the roles of women are different than men. Women are not only housekeepers, but also they are active farmers. When in rural societies of Izmir, women work all day as well as all year in the farm, in the Erzurum region women are in charge of livestock activities. However, they also work in the farm if they have land or as external labour.